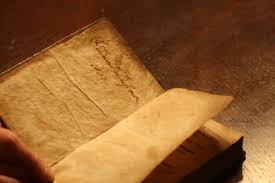 The municipality of Dumanjug was born more than a hundred years ago. It was in the year 1855 when the municipality was organized and had for its leader an equivalent to the latter town Captain, Pedro Ricamora. A man whose whose descendants wield some kind of political power in the municipality. He was ably assisted inthe organization of the town by benevolent friar by the name Rev. Fr. Agustine Melgar. Thus it can be said that they were the founding fathers of the municipality.

The name Dumanjug – In the older times, during the early years of the Spanish regime, there lived in the locality a tuba gatherer whose name was Roman. He was however, popularly known as Duman, a nickname given to him by the village people.

His tuba was not only the favorite of his native village because of its great special taste and quality but was also in great demand in the outlying fishing and farming villagers. No banguet would be considered successful if Duman verted more of his coconuts into tuba producing trees.

Duman was to start early at dawn to gather his tuba and the sound of his bamboo cleaner as he tapped on the coconut palm served as dawn bell for the villagers to wake up every morning. To most of them, tap-tapping sound of the cleaners as Duman cleaned his container and dexterously striking the palm with them in thymic cadence was a signal to start the day’s work.

But on morning however, thymic cadence of Duman’s cleaner stopped so suddenly. The villagers were surprised and ugly thoughts came to their midst. Coincidentally, it was in the instance when some Spaniards were passing by the village. They inquired about the place and was told instead that ” Si Duman Nahulog ” Not knowing of the local dialect the Spanish soldiers thought they were the name of the place and they proceeded to call the locality as Dumanjug, a contruction ot the statement ” Si Duman Nahulog “.